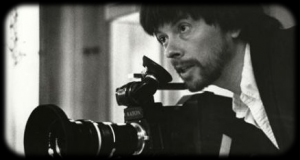 This renowned American documentary film-maker has produced many important cultural reports on the elements that have come together to form modern American society. He has addressed The Civil War, Baseball, Prohibition, Jazz and in 2012, a look at the American Justice system based on the case of The Central Park Five. Ken uses archive film footage, period photographs, eye-witness interviews and authoritatively researched voiceover to create an intimate portrait of his subjects. His use of slow zooms and panning over still photographs to reveal and focus on details, although in common usage for decades, has become known as ‘the Ken Burns Effect’. He directed the epic series ‘Jazz’ that dealt, in part, with early Blues in New Orleans, which brilliantly re-creates the cultural ferment that produced improvised music for a wide audience. His observations about the music coming out of the ‘cat-houses’ of Storyville and the bars and juke-joints in any American town apply equally to Jazz and Blues, as the two great American music forms that dominated modern music all over the world in the 20th Century.