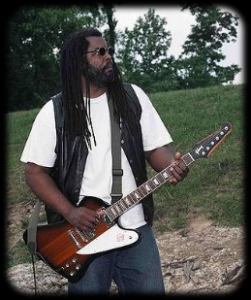 Alvin ‘Youngblood’ Hart has found great success as a country blues revivalist, in the mould of Corey Harris and Guy Davis. His work on mandolin and banjo, as well as guitar, is rooted in his Delta heritage, but his ‘no barriers’ approach to music means he has taken it beyond recording and touring into broader areas of culture like film and poetry, as well as numerous side-projects in other forms of music, like rock, jazz and rock’n’roll.

Gregory Edward Hart (he chose the name Alvin from The Chipmunks cartoon as a kid) was born in Oakland CA in 1963, but numerous visits to relatives in Mississippi opened his ears to the work of pioneers like Blind Willie McTell and Bukka White.

His grandmother played Blues piano and his uncle played guitar and told young Alvin tales about the wild life of Charley Patton. His parents record collection had BB King and Jimmy Reed discs, and Alvin’s love of Jimi Hendrix and The Rolling Stones meant he knew where he was going when he picked up a guitar. When his father’s job took the family to Illinois, Alvin would visit Chicago, hanging around Maxwell Street and picking up the ‘Youngblood’ tag from local musicians. He moved back to California with the family, then took a job with the Coastguard and was posted to a riverboat in Natchez MS. Playing clubs and bars in the area helped to refine Alvin’s Blues education, and then his Coastguard training took him to Berkeley, where he met Joe Louis Walker and opened some shows for him. Alvin was spotted while opening for Taj Mahal and after playing with The Grateful Dead guitarist Bob Weir, he was invited to play the Further Festival with Hot Tuna and Los Lobos. Epic Records signed Alvin and in 1996 his debut album ‘Big Mamas Door’ was released. The title is a reference to his grandmother’s house. 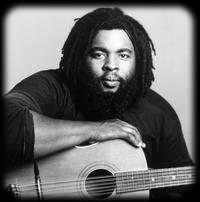 Performing solo, except for a little help from Taj Mahal, Alvin covers tracks by several Delta Blues originals and adds some songs of his own that were not out of place in that exalted company. The success of that album took Alvin on a whirl of touring and five nominations for WC Handy Blues Awards. Soon afterwards, Alvin appeared on Junior Wells‘ album ‘Come on in My House’. Alvin’s second album ‘Territory’ showed his commitment to diversity by visiting reggae, swing and rock while playing mandolin, lap steel guitar and 12-string, and he spent time touring along with various ‘alternative’ bands. Alvin’s third album, ‘Start With the Soul’ was even more eclectic. With elements of soul and jazz, the main thrust of this album is in big heavy Blues-rock. Dedicated to Phil Lynott of Thin Lizzy, and with nods in the direction of Hendrix and other guitar-heroes, this album laid the foundations of Alvin’s later work with his power trio, Muscle Theory. However Alvin’s next album in 2002, went straight back to the roots. ‘Down the Alley’ is a solo acoustic album containing covers of many country Blues classics, where Alvin’s agile, soulful voice is backed only by his excellent work on guitar, banjo or mandolin.

BIG MAMA’S DOOR
[/stextbox]In 2003, Wim Wenders film ‘Soul of a Man’ featured Alvin in pure Blues mode, and that episode also formed part of Scorsese‘s TV epic ‘The Blues’. Alvin was invited to fill in for his old friend Taj Mahal for five gigs in Japan with Conjure, a long running jazz/poetry ensemble, of which Alvin remains a loose member, and he also appeared on their ‘Bad Mouth’ album. The following year, he won a Grammy for his contribution to the ‘Beautiful Dreamer’ album which benefited the American Roots Publishing organisation. Always relishing a change, for his next album Alvin picked up his rock guitar and headed for Memphis where he put down a blistering collection of tracks that sounded as if Led Zeppelin had become a garage band. With sources as diverse as Otis Redding, Doug Sahm and Johnny Paycheck, not to mention a headbanging reprise of Big Mama’s Door, ‘Motivational Speaker’ was the opposite end of the see-saw from Alvin’s work on ‘Down the Alley’.

In 2006, the film ‘Black Snake Moan’ had Alvin on the soundtrack, and he coached Samuel L Jackson to extend his guitar skills as he played the lead role. Alvin later played the part of a Blues singer himself in Denzel Washington’s film ‘The Great Debaters’ and also appeared on the soundtrack. Alvin continued as a hugely popular live act, opening Bo Diddley‘s last nationwide tour, and after being invited onstage with Gary Moore and Thin Lizzy drummer Brian Downey, Alvin joined Gary on a European tour. Another collaboration came with ‘The South Memphis String Band’, a trio which which was dubbed an ‘acoustic supergroup’. To maintain his balance, Alvin is also the frontman for a terrific long-running power trio ‘Muscle Theory’.

Alvin ‘Youngblood’ Hart is steeped in the Blues in all its forms, from his solo work to his rock band, and from his film work to his hobby of collecting and restoring old equipment he Lives the Blues.